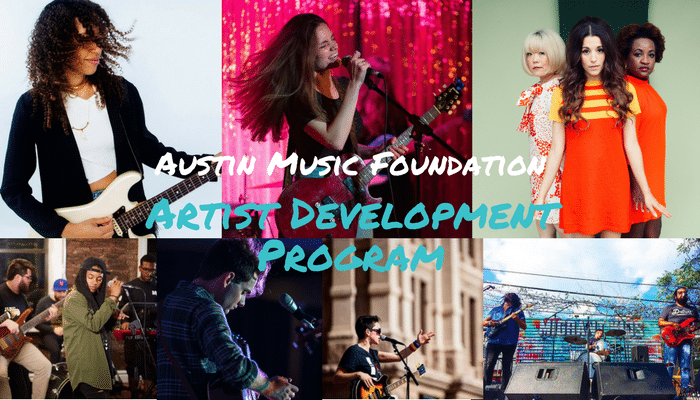 The artists are selected based on a list of qualifying criteria, thoughtful assessment and evaluation, and expert input. A key prerequisite for ADP consideration is prior involvement with AMF through our Leaders in Austin Music (LIAM), Music Industry Collaborative (MIC), and/or Artist of the Month programs and in-house consultations. Prospective candidates must also demonstrate a serious commitment to their career and craft; strong business acumen and entrepreneurial savvy; artistic integrity; a willingness to learn and accept constructive feedback; and of course, talent to boot!

Over the past seven months, the AMF team has worked closely with the participants to identify and define creative and professional goals and build customized roadmaps for reaching those goals through topic-based group sessions, along with tailored one-on-one breakout sessions with leading industry experts. In addition to ongoing needs assessments and evaluations, the program also delivers and encourages peer-to-peer collaboration.

AMF staff, our resident artist consultants (industry vets Alex Vallejo, Johnny Goudie, and Einar Pedersen), and expert guest mentors have dedicated over 140 hours of support and consultation since the program’s launch. Additionally, our amazing partners – C3 Presents, Mood Media, and Independence Brewing Company – have helped AMF elevate the benefits and impact of the program by providing tangible opportunities to the participants.

Perhaps most inspiring is the dedication, enthusiasm, and collaborative spirit demonstrated by the seven artists themselves. We are all familiar with the old adage – “you can lead a horse to water, but you can’t make it drink.”  Providing the metaphorical “water” (e.g. education, professional guidance, tools and resources, and even financial support) is an essential piece of a larger whole. What we’ve come to understand here at AMF – after working with over 15,000 artists in 15 years – is 1) there is no one-size-fits-all solution to achieving success in the music industry and an individual’s idea of success is subjective; and 2) without shared investment and collaborative engagement by all involved stakeholders, efforts rarely yield substantive impact.

It’s been our privilege working with this group and we couldn’t be more proud of them! These seven artists have been hard at work driving their endeavors forward; from writing new music to working with professional management and booking agents, to touring nationally, and even helping young women in El Salvador go to college. 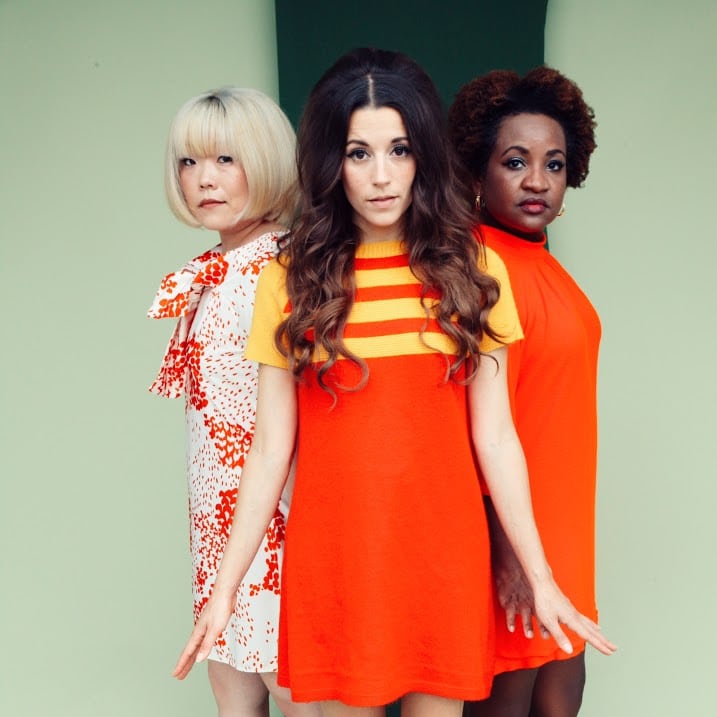 Our favorite 1960’s-reminiscing girl band Charlie Faye & The Fayettes recently signed a licensing deal with Bank Robber Music, which led to a series of great sync placements including two on the CW’s Riverdale and a prominent feature in the new Netflix series Girlboss. The group had a successful SXSW with a packed official showcase at The Continental Club and a performance at Pandora’s Discovery Den. This spring they’ve played shows in New York and Los Angeles as well as a private show for Pandora and a great performance at The Wine Down at 3TEN ACL Live. They are currently working on new music for sync licensing and gearing up to make their next record. 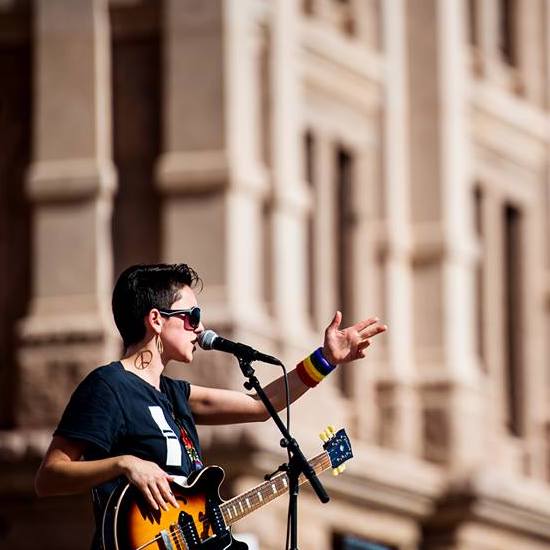 Gina Chavez has been up to big things this summer. She and her band performed at the New York City Pride Parade on behalf of the City of Austin. Gina then brought together an all-star lineup of special musical guests at the Stateside at the Paramount Theatre on Saturday, August 5 to celebrate the first two college graduates supported by the Ninas Arriba college fund for young women in El Salvador. The evening featured an incredible night of music from Gina, Patrice Pike and Wayne Suton of Sister 7 and Roger Blevins of Mingo Fishtrap plus a silent auction and more. As if that wasn’t enough to prove her musical success, Gina won Best Latin Artist at the 2017 Austin Music Awards and performed at Pandora’s Discovery Den at The Gatsby during SXSW. 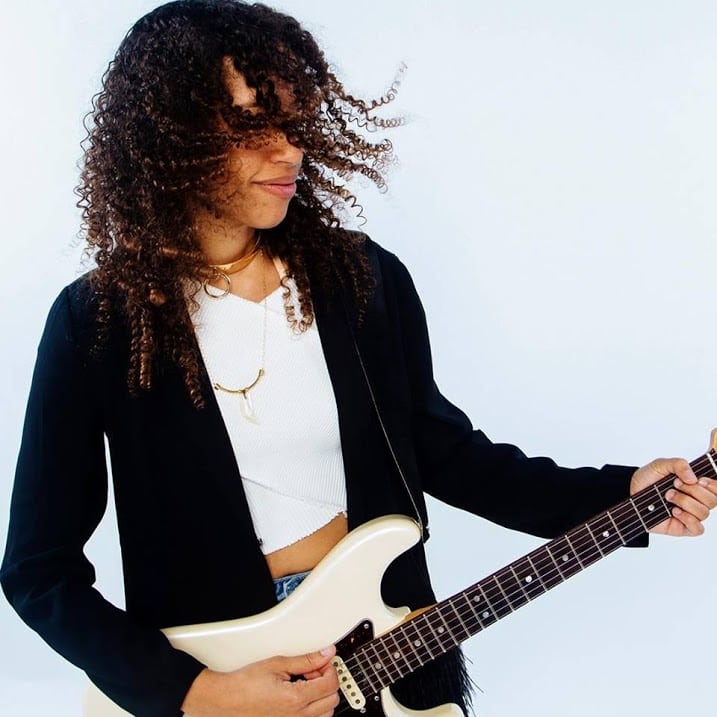 Jackie Venson announced big news recently — she’ll be joining Grammy-award winning blues artist Gary Clark Jr. as a special guest for several tour dates this summer and fall! After a big overseas tour in Europe, she was back in Austin briefly for back-to-back performances at Blues on the Green and Unplugged at The Grove. Jackie was also featured on the cover of the June issue of Austin Woman Magazine. If you were wondering when we might hear new music from Jackie, you’re in luck. Her latest single “Flying” (which is the first from her new EP “Transcends”) was premiered on VIBE Magazine earlier this month. The full EP is planned to be released later this fall on September 30. 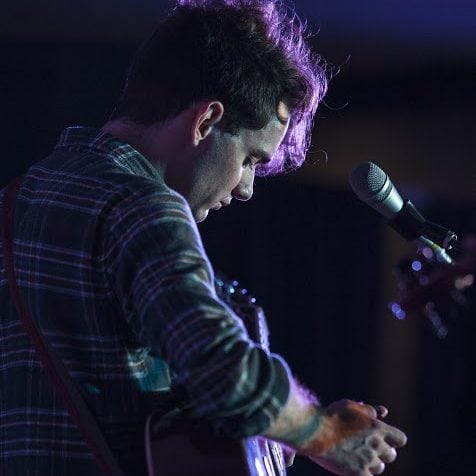 James Junius showed off his rising talent with a successful Official Artist Showcase during this year’s SXSW and had the opportunity to record a few songs with Sun Radio at their South By Live Morning Broadcast. James has been spending most of 2017 working with Austin City Limits executive producer Terry Lickona, building up his band, and honing his live show. He recently performed at August’s First Saturday showcase with Jane Ellen Bryant at Independence Brewing Company. 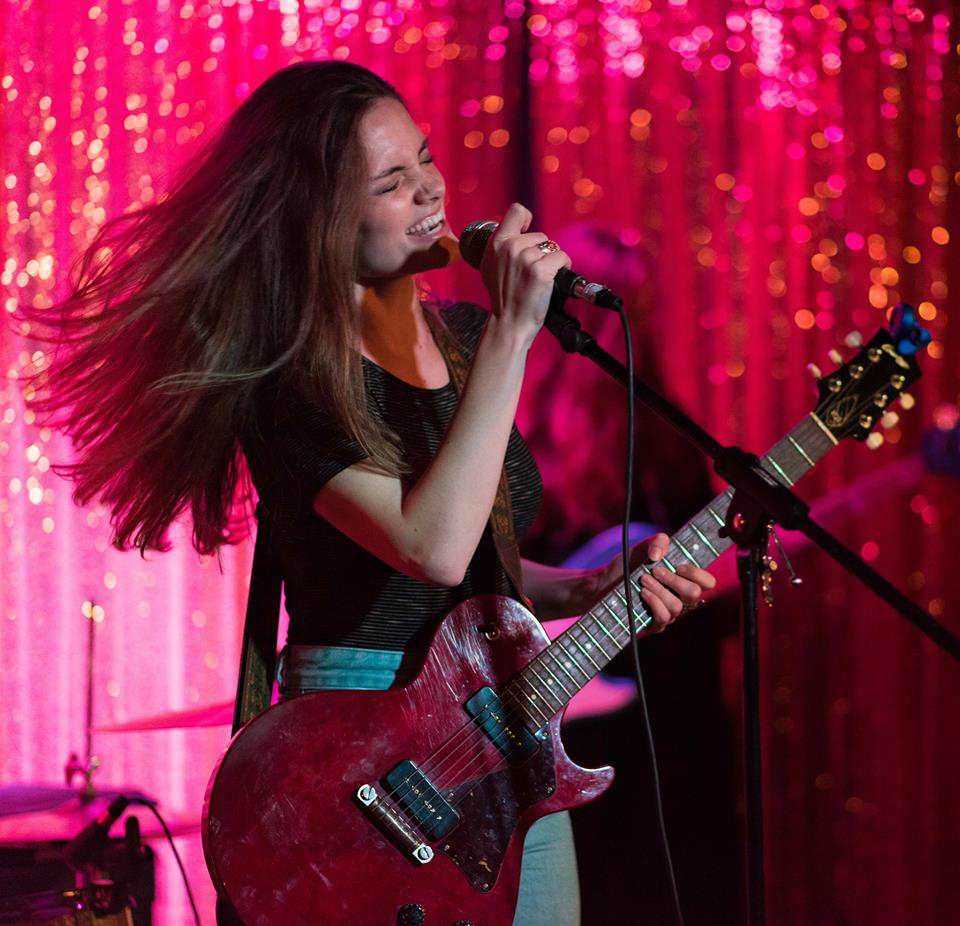 Following her big win at the 2017 Austin Music Awards for Best Female Vocals and Best New Artist, Jane Ellen Bryant headed out on a successful West Coast tour with stops in California, Colorado, Arizona, and more. Jane saw major success from the release of her latest single, “All in My Head” back in February and also recently appeared on the live taping of How Did I Get Here’s 600th episode in June. During SXSW, she had several performances around town including Pandora’s Discovery Den, Frenchie Smith Records Showcase, The Black Fret Showcase, and The Future of Music Showcase in addition to an official SXSW showcase at The Mohawk. Jane also was a nominated Black Fret artist in 2017. 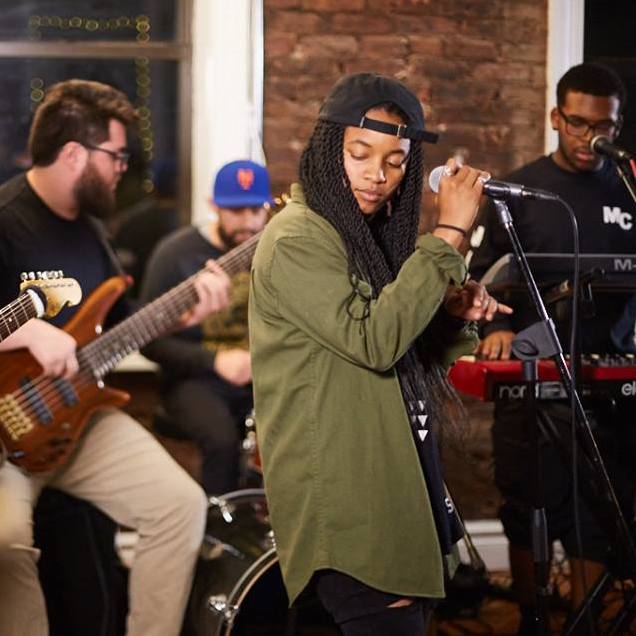 Things have not slowed down for Magna Carda since winning Best Hip-Hop Group at the 2017 Austin Music Awards. Since then, they’ve had a successful East Coast tour including several stops in New York City and released their new EP “Somewhere Between” with a big release show at Mohawk Austin in June. They also performed last month at the inaugural Red River Cultural District’s Host Summer Nights and BossBabes’ BabesFest. They’ll be closing out The Wine Down Series with a performance at 3TEN ACL Live on Wednesday, September 27. 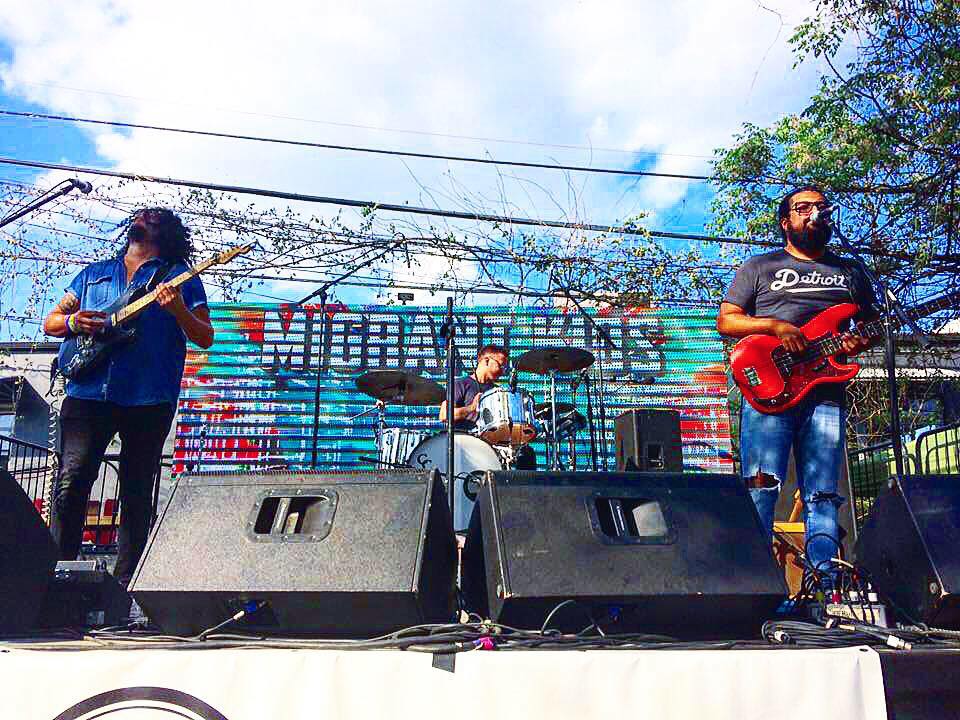 Migrant Kids has spent most of 2017 planning and writing music for their upcoming album. The music-creating process hasn’t taken away from their performances, however, as the band played several shows during SXSW as well as a few performances at Geraldine’s. In January, they were interviewed by PBS Arts in Context, which will be broadcasted later this fall. They also recently performed at AMF’s Independence Day Revolucion Celebration with Independence Brewery alongside Riders Against The Storm and Dr. Joe. 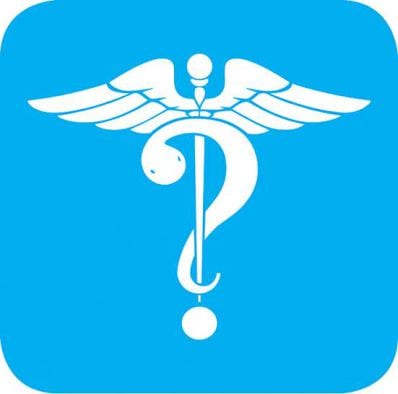 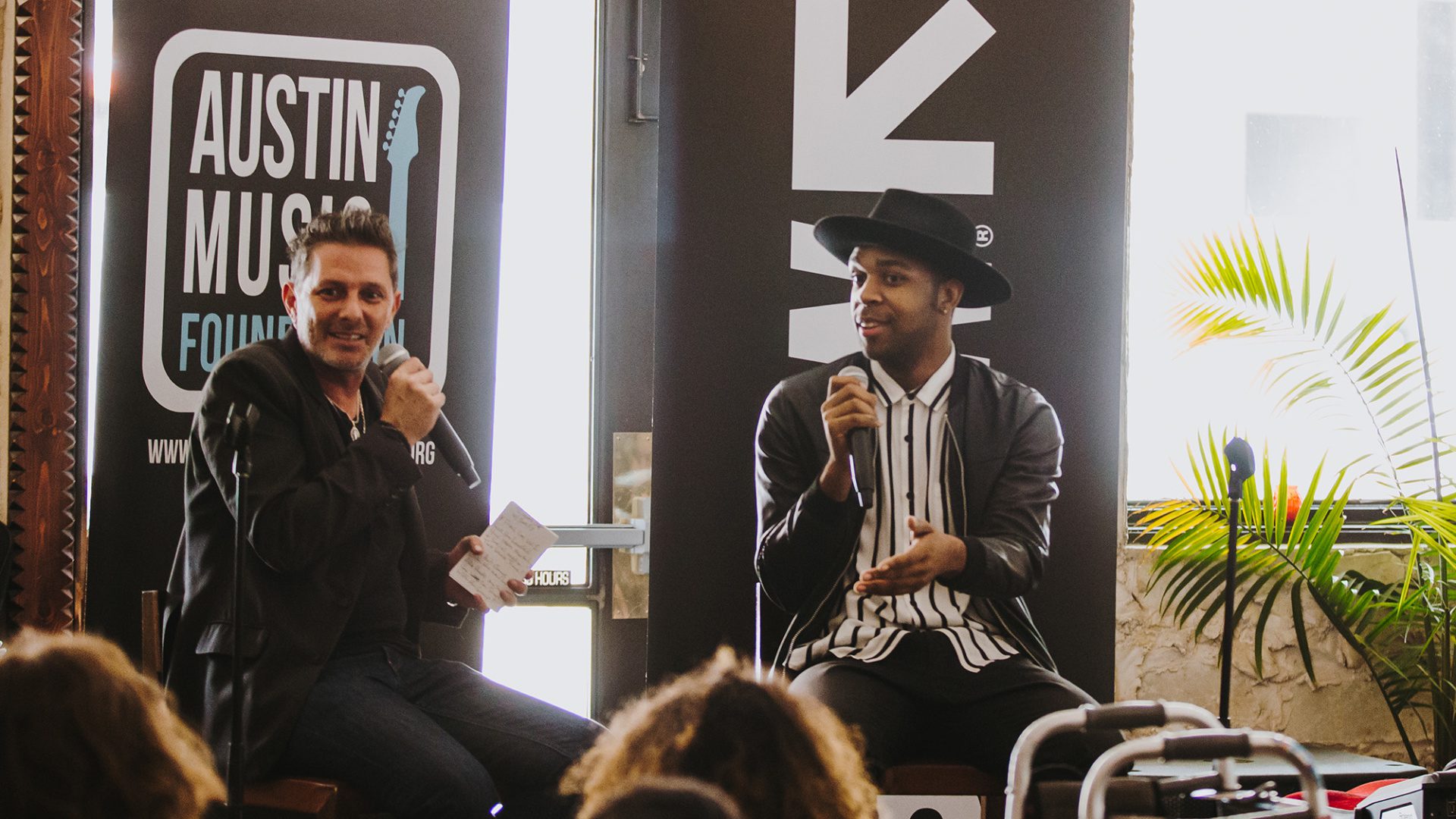 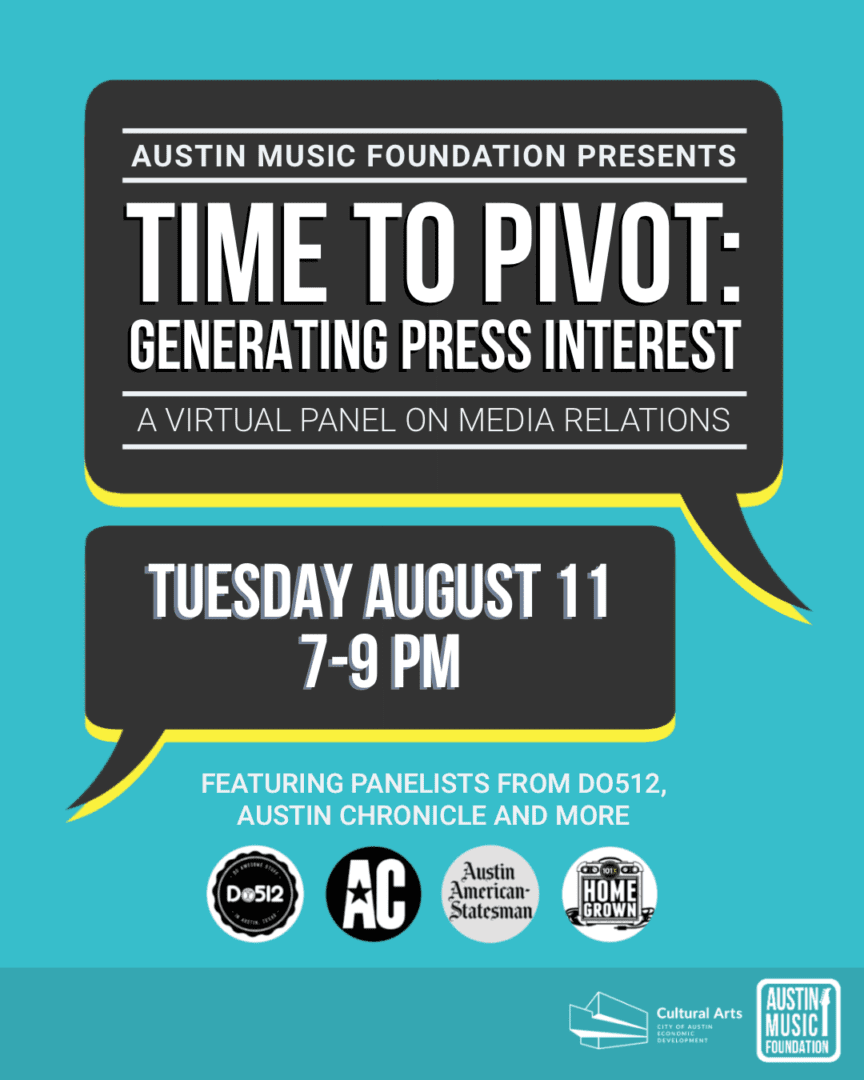 The media is constantly changing, and since the music industry has shut down, many media outlets have had to shift… 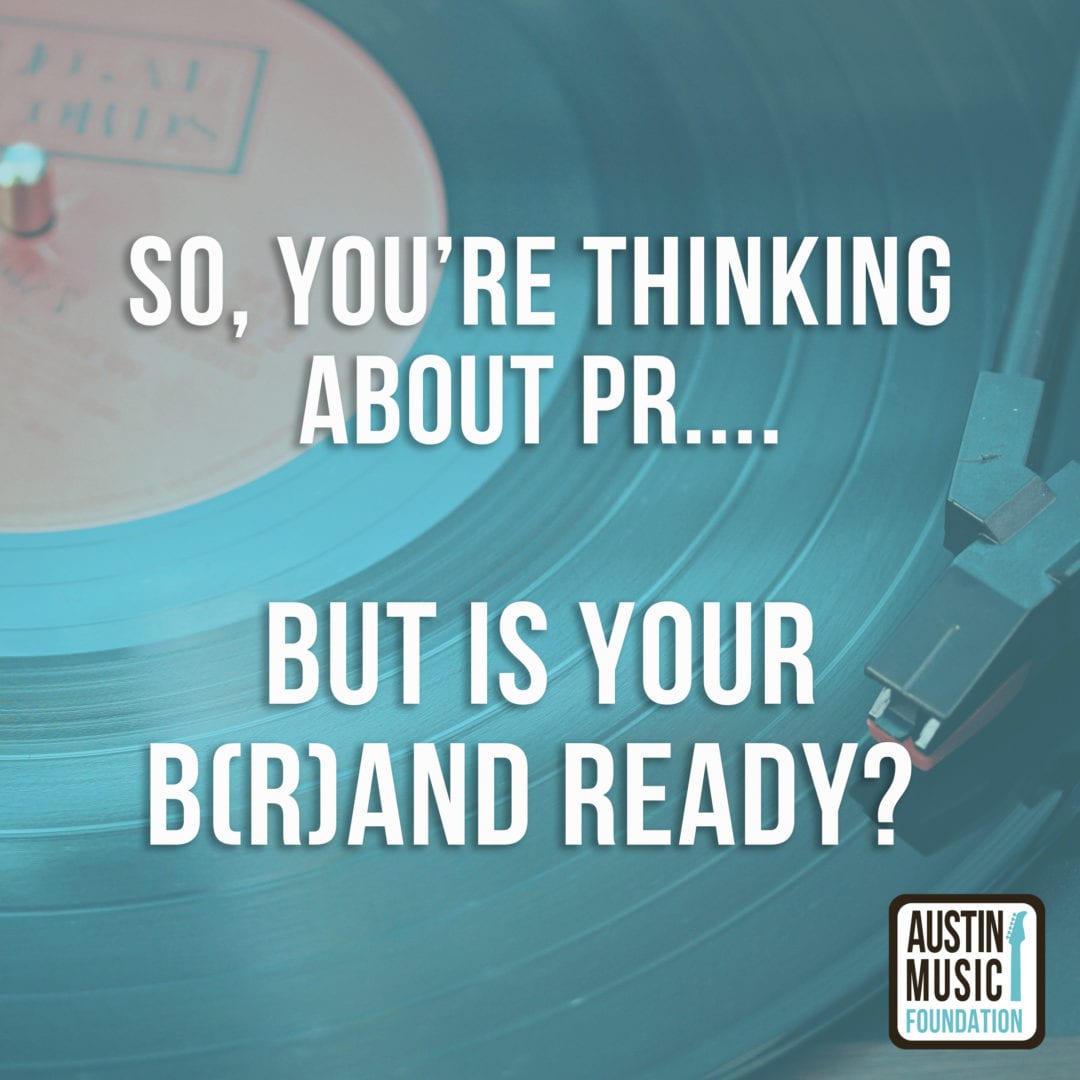 Contributed by Sharna Pascolo Ready or Not?  PR is a big step for a lot of artists and it’s a… 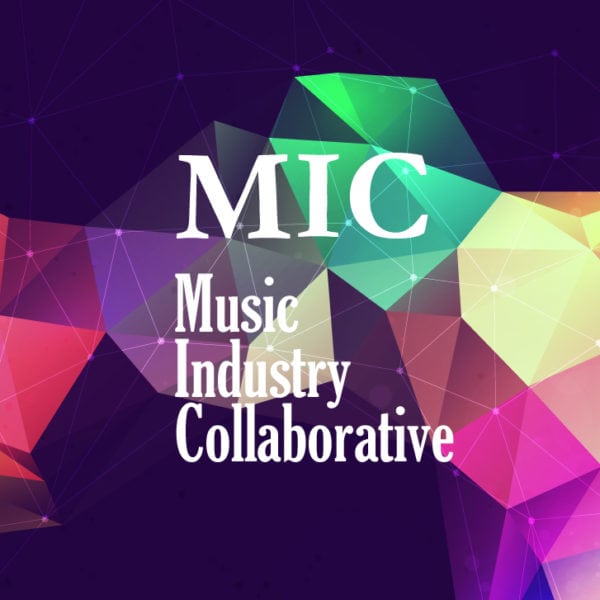 AMF is thrilled to announce the three winners of its 2016-2017 Music Industry Collaborative (MIC) Program awards. Destinee Ware (owner of… 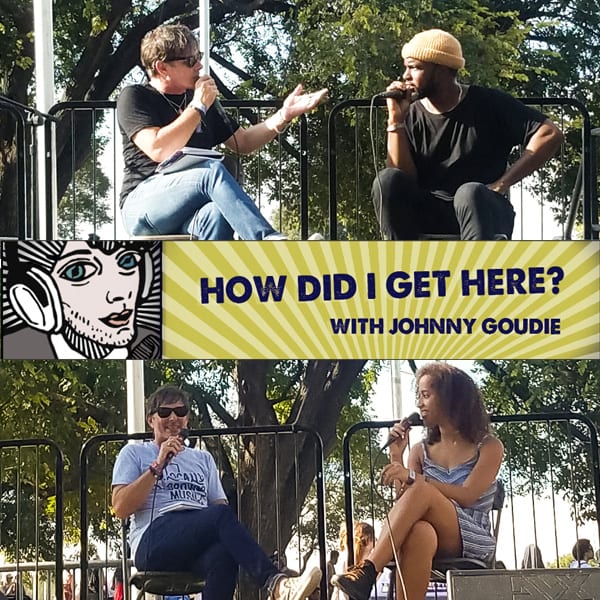